8,000 people for One Voice: Free Movement Marathon runs for Palestine

Thousands of Palestinians and internationals from 76 countries ran together for the 7th annual Free Movement Marathon on Friday morning in Bethlehem city and the surrounding areas.

The massive participation to this unique event, which is increasing its numbers of participants every year, seems to confirm the growing interest that brings internationals to the Holy Land to run in the name of freedom.

Whether participants run for the family race (5-kilometer race), the 10-kilometer race or the 21-kilometer race, the city life stops from the early morning turning the streets into one global itinerary that starts from the main square passing through the Aida Refugee camp and al-Khader village.

Since the occupied territories in the West Bank are facing a growing international tourism flow, the Marathon contributes to enlighten the international attention to the struggle of Palestine. Running freely out of the ordinary tourist tracks, breaking into a refugee camp and running alongside the separation wall, make internationals see through their own eyes how the territory is actually shaped from the occupation.

Furthermore, a group of Palestinians from the Aida Refugee camp and international volunteers joined the marathon through a pacific protest against the Israeli occupation, starting from one of the Israeli watchtower near the camp.

The right of movement is one of the basic human rights that every human should have. The illegal occupation of West Bank and Gaza is denying it to Palestinians that keep on raising their voices in the name of a free Palestine.

EU for Palestine: The EU and Member States join the Palestine Marathon

Runners from the European Union (EU), EU Member States and Norway yesterday joined thousands of Palestinians running the Palestine Marathon organized in Bethlehem. The EU team of around 600 participants ran under the theme “EU for Palestine”.

Europeans from Belgium, Cyprus, Denmark, Finland, France, Germany, Greece, Holland, Hungary, Ireland, Italy, Lithuania, Malta, Norway, Portugal, Slovenia, Spain, Sweden, and the United Kingdom, joined forces to form one team with one theme: EU4Palestine. This is the second year an EU team participates in the Marathon to support Palestinians in shedding light on basic human rights, including the right to move.

The objective of the POC pursuit in the Palestine Marathon is to focus the lens on the basic right of freedom of movement in Palestine. 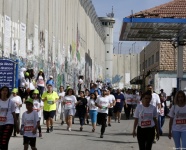 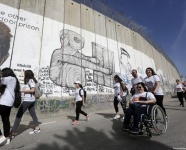 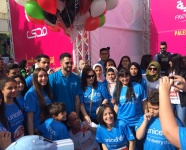